This is an extremely unique and interesting book of songs issued by Nicaraguan radio station YNOW during World War II. The cover reads "Cancionero YNOW, CBS: La Voz de la America Central, Volumen I" and contained within are five issuings of song collections by the station. The original owner, Davit T. Ray, appears to have been deployed to Managua in the US Foreign Services during WWII. He placed within the book several newspaper clippings of extra songs, several self-typed songs, two tipped-in sheets of guitar tabs, a piece of paper labeled "Correo," and a blank sheet of paper issued by the US Department of State's Division of European Affairs. He amended the index in the back to include his self-added songs. The book also contains some fantastic WWII-era full color advertising, marking the transitions between issue numbers. Many smaller and black and white ads are peppered throughout the book as well. This item is very strange and without a doubt one of a kind. It has historical, musical, advertising, and military value.

Condition: Overall, very good. The cover has water spotting, some fraying at the corners. Internally it is in great condition, with only very minor foxing to the pages and many extra pieces of paper added in by the original owner. 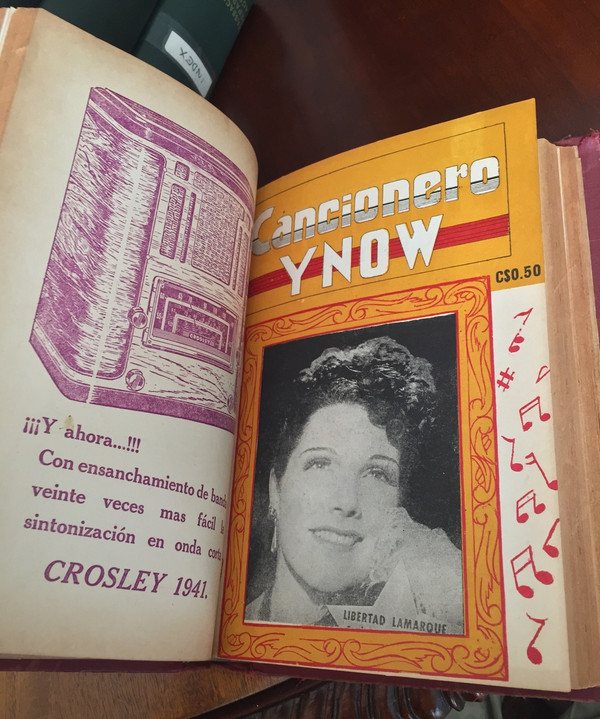 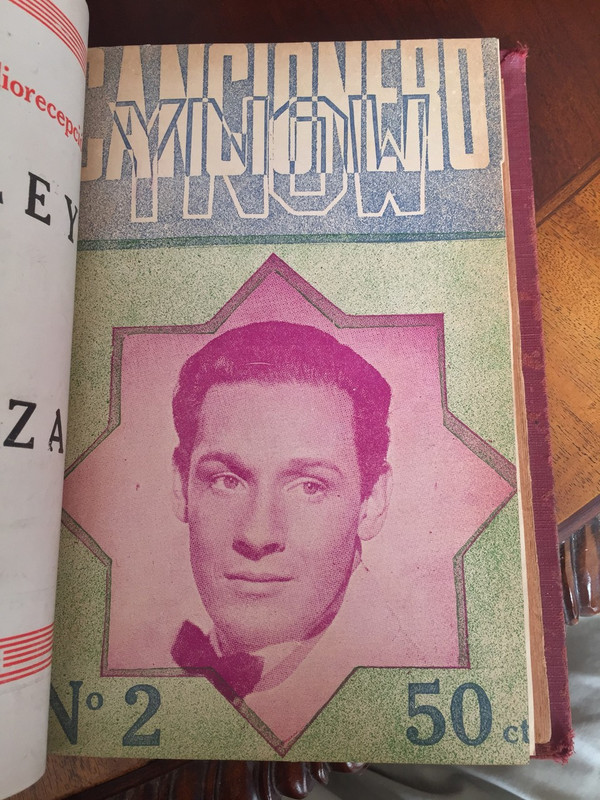 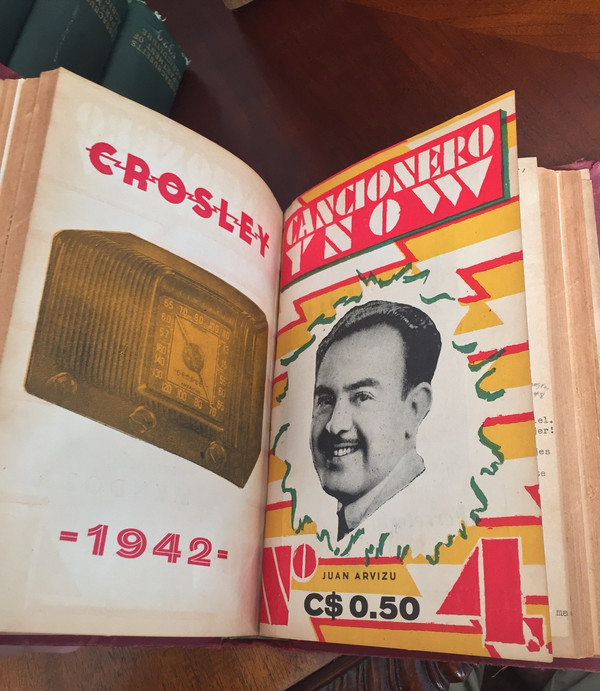 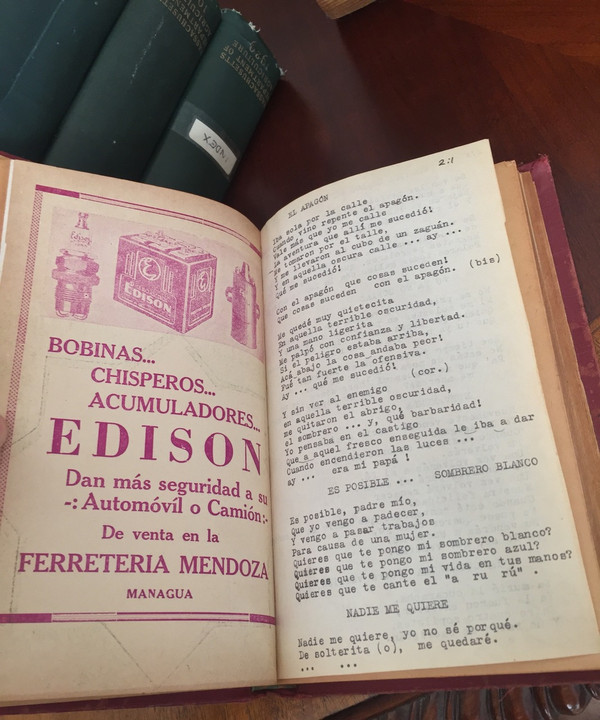 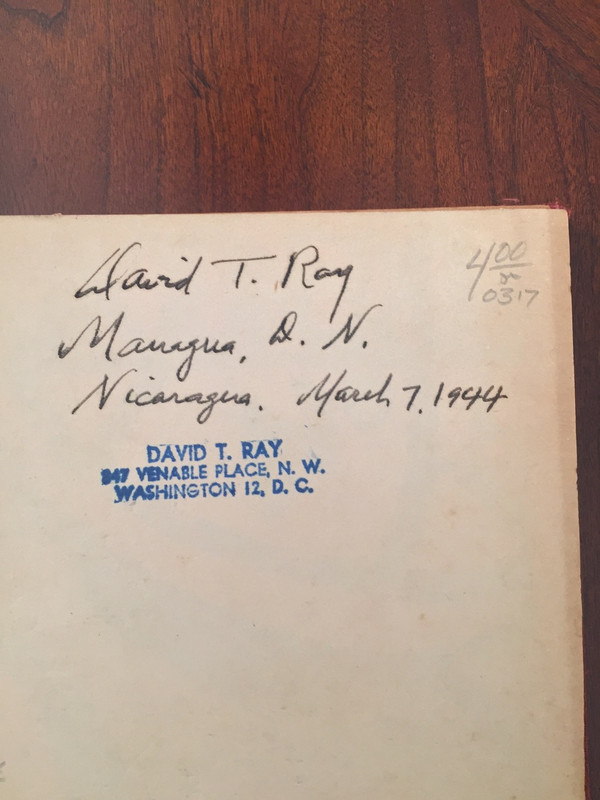 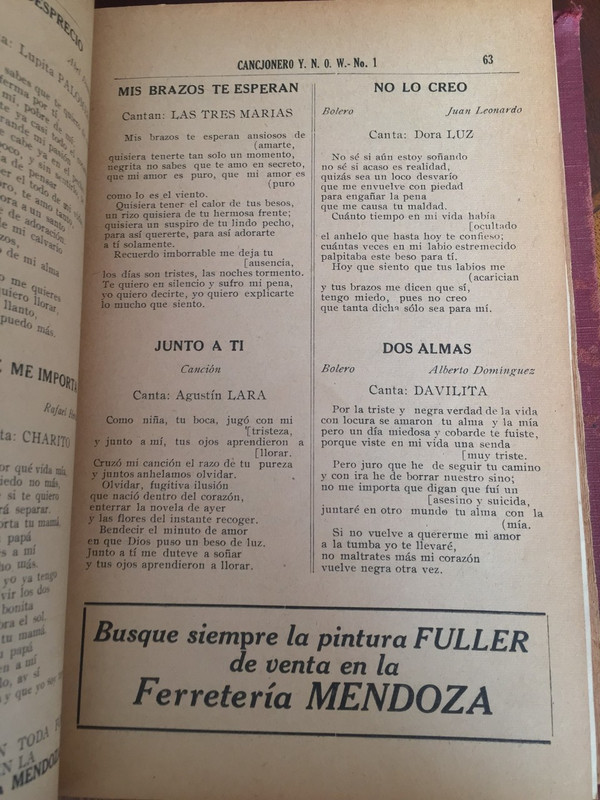 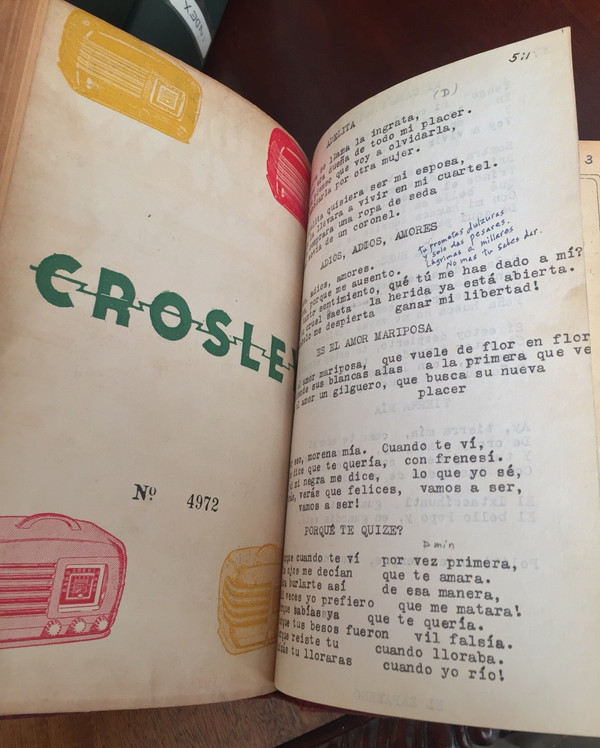 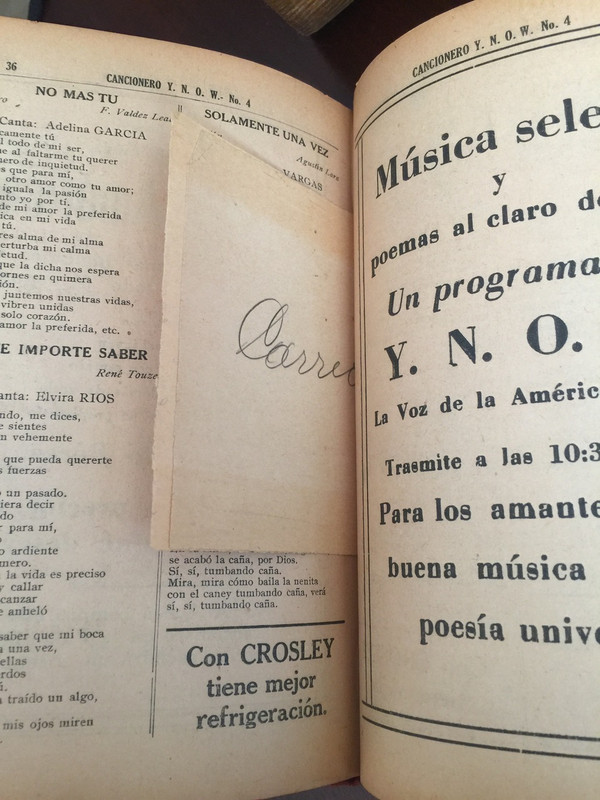 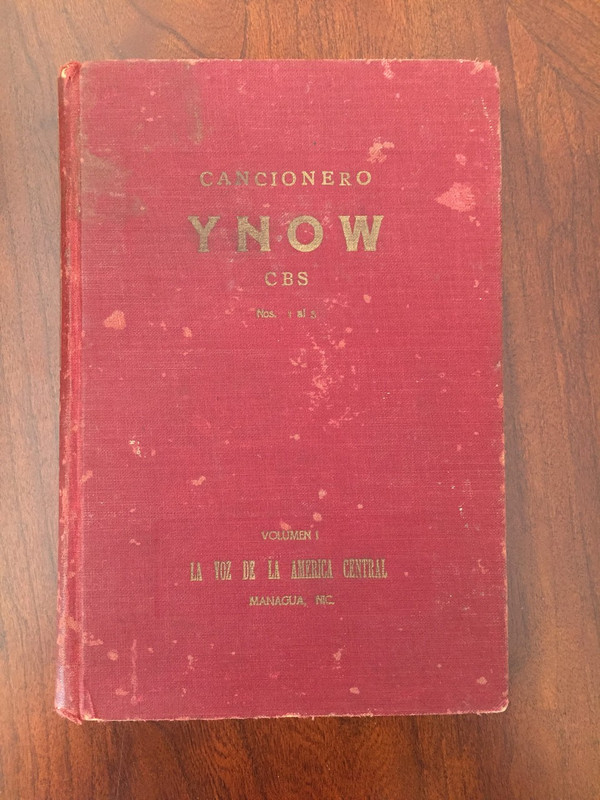 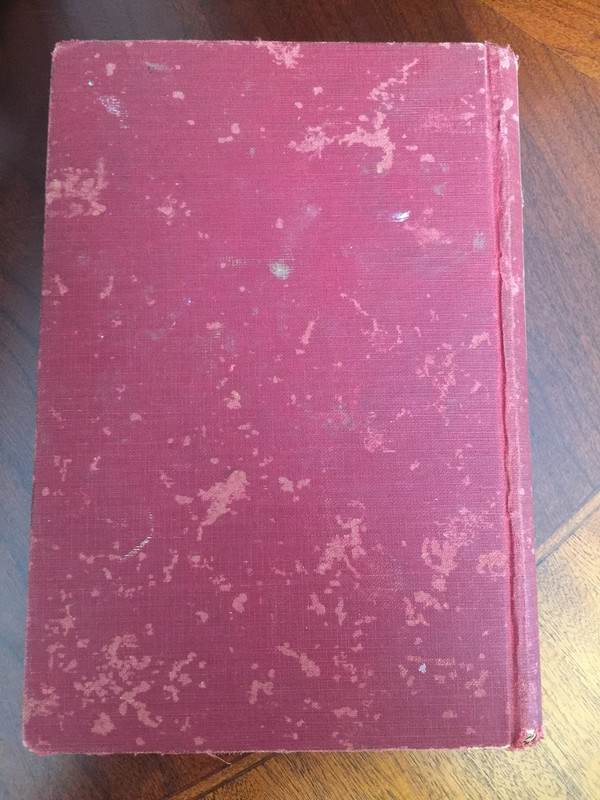 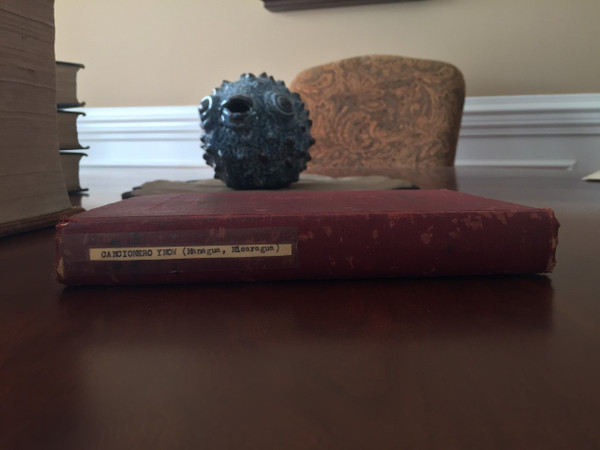 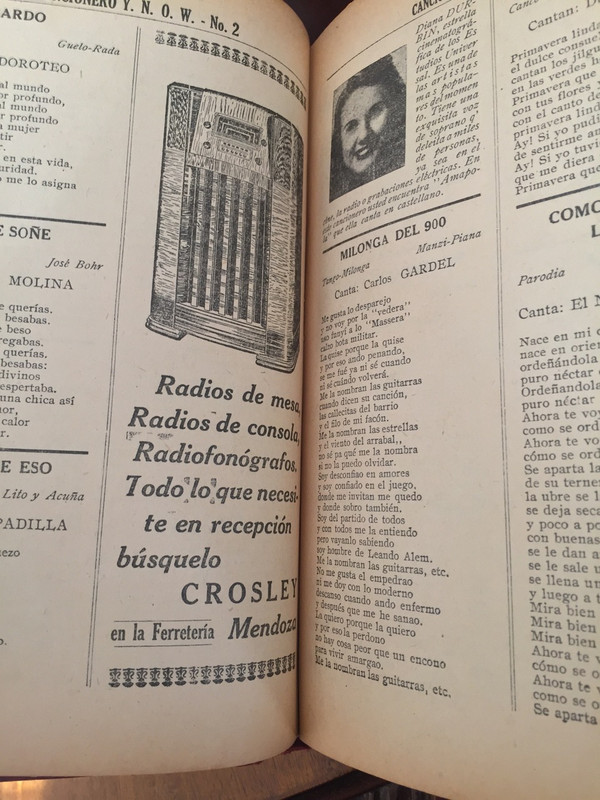 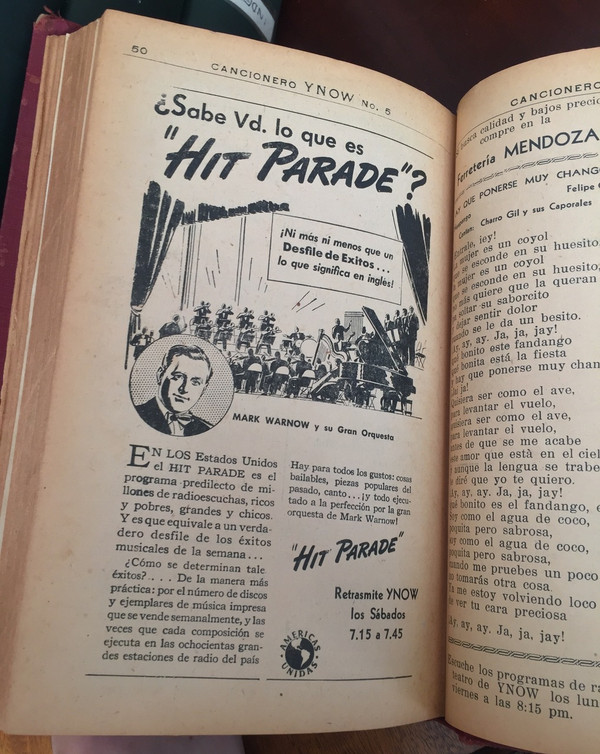 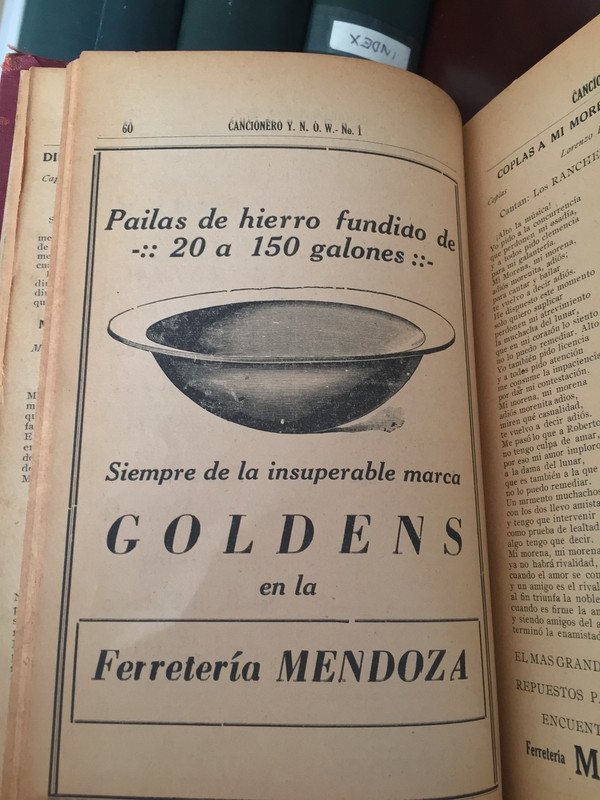 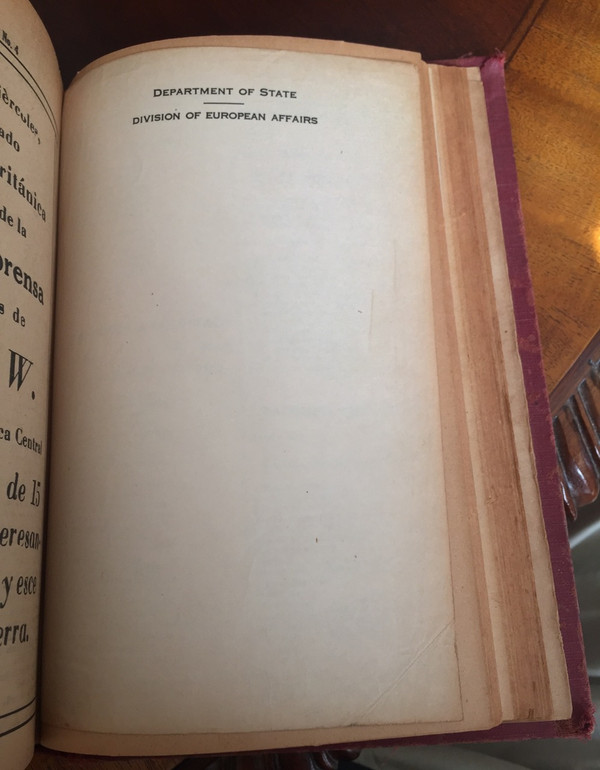 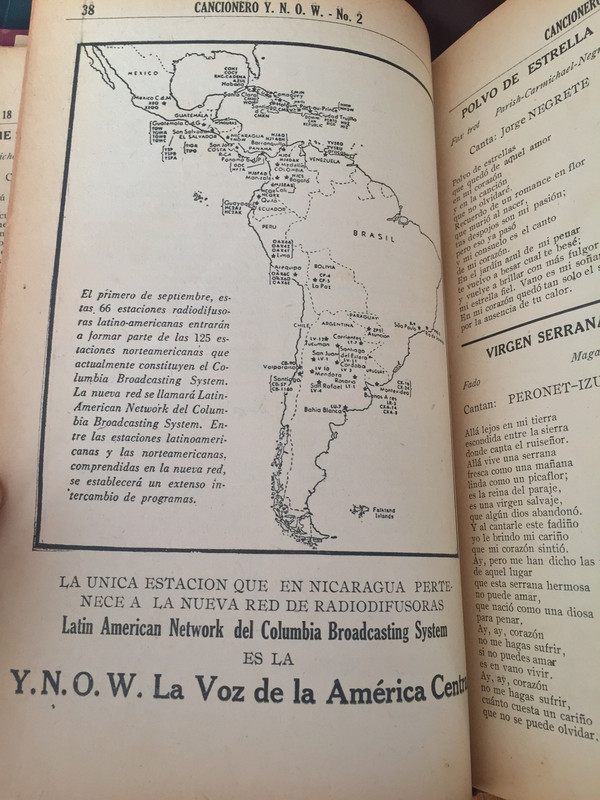 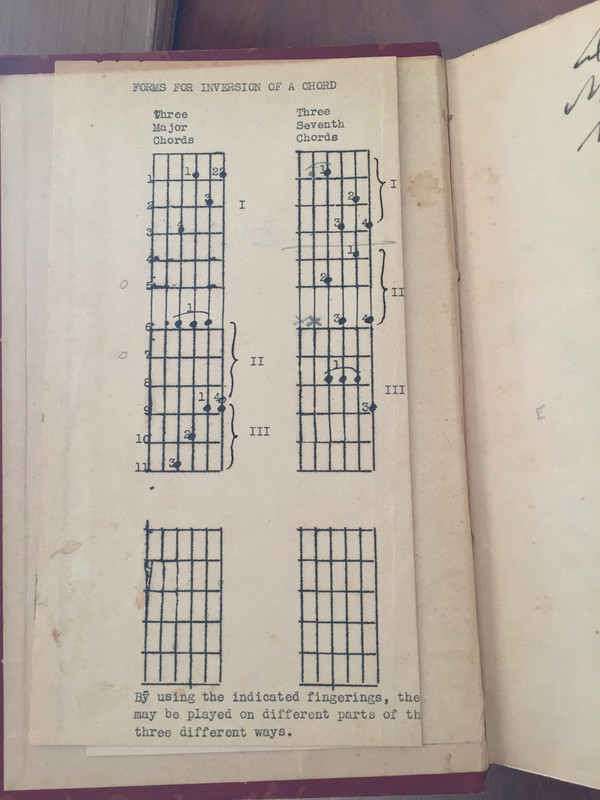