1856 Book with dated 1857 Autograph of "J Whitelaw Reid May 6th 1857". He was 20 when he signed the year-old book, and had just been graduated from Miami University in Ohio the year the book was published. The Newcomes: Memoirs of a Most Respectable Family, Volume I and Volume II (bound together), by William M. Thackeray, ed. by Arthur Pendennis, Esq., Harper & Brothers, New York, 1856. Reid signed his name into the book twice, the 2nd time as "J W Reid". Whitelaw Reid (October 27, 1837 – December 15, 1912) was an American politician and newspaper editor, as well as the author of a popular history of Ohio in the Civil War.

Condition: Condition as shown in photos, with significant wear to covers, significant foxing to pages and some other staining to some page corners, penciled annotations at front, and former owner "number" sticker next to 2nd Reid signature. 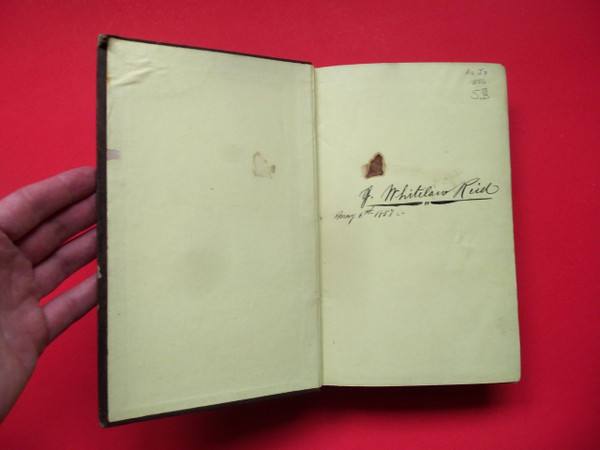 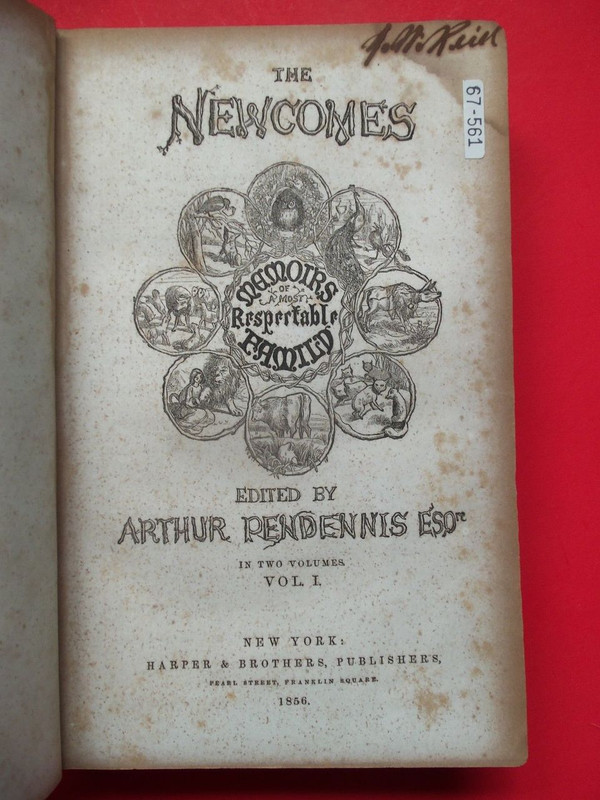 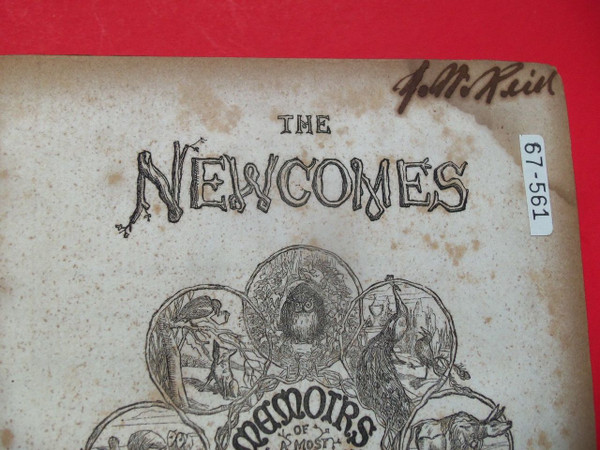 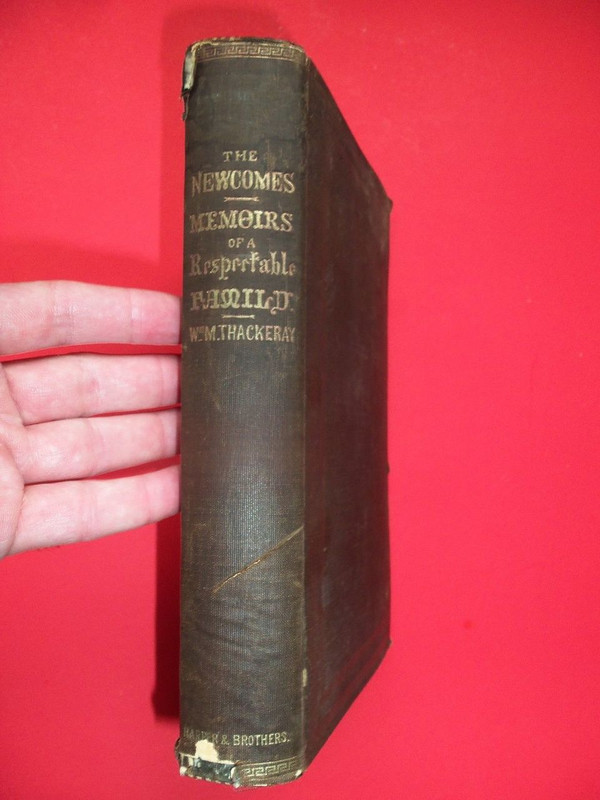 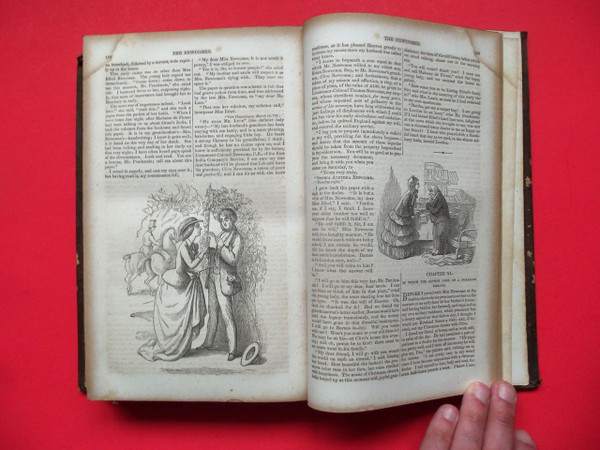 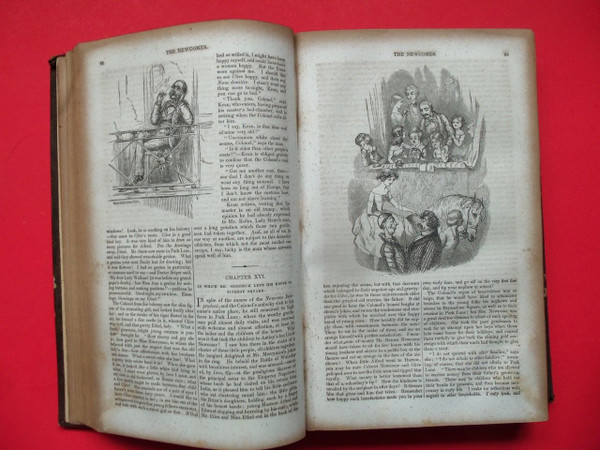 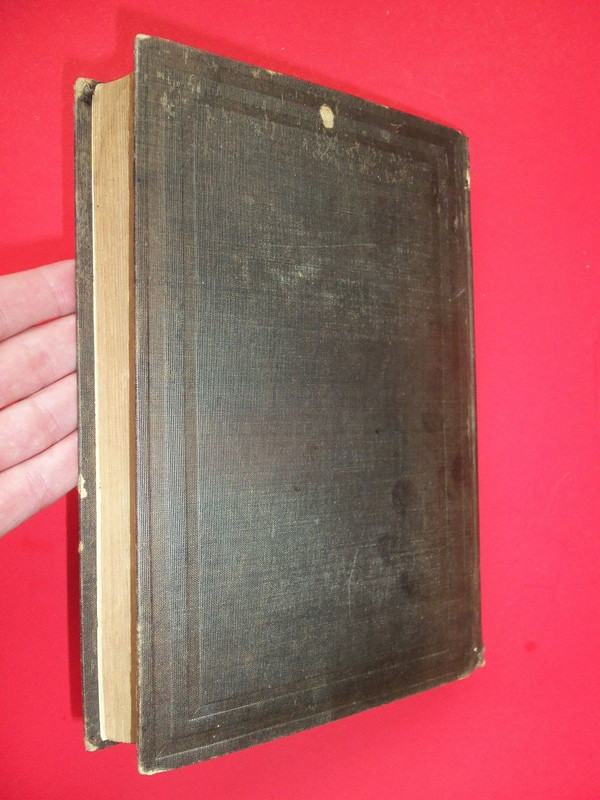 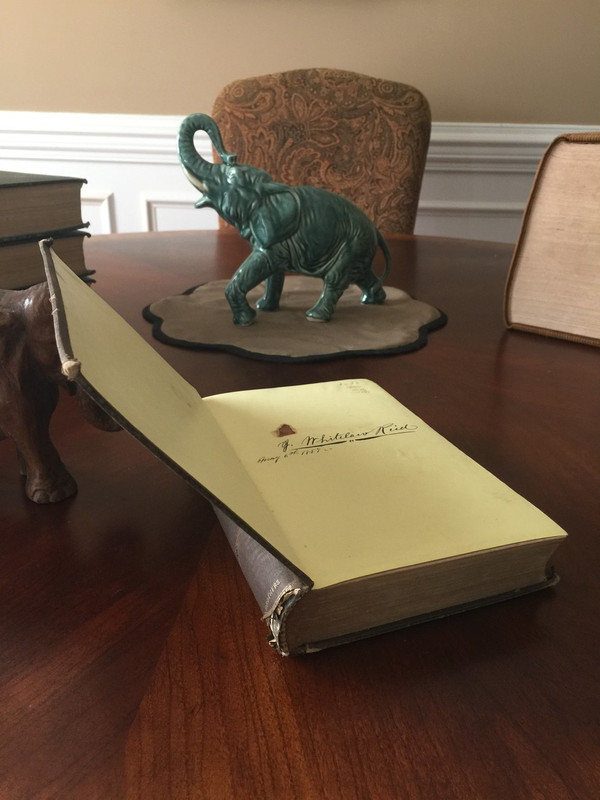